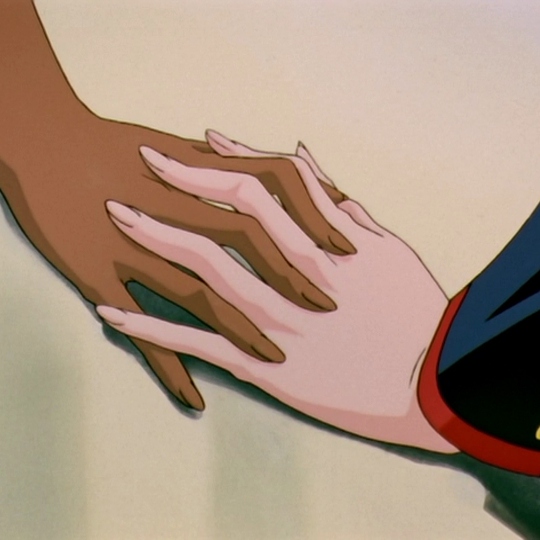 The first issue I have with reading Utena as a white savior title is that I’m not quite sure Utena is actually white. Caucasians tend to see anime characters as caucasian because to them, that’s the default race. To the Japanese, they’re Japanese. Also, all the characters in the show speak the Japanese language, have Japanese names, understand Japanese customs, etc…

While Anthy and Akio have a darker skin tone than the other characters in the show, I can’t think of a single instance where their skin color had any impact on any of the happenings in the story. Race is never even acknowledged. I’m sure an argument could be made for the other side, but I honestly think people are grasping at straws when they’re looking for commentary on race or racial relations in this series. This brings us to a white savior title in which the probably-not -white character saves the maybe-kinda-Indian character in a narrative where race has no real meaning. That doesn’t quite fit the bill, does it?

Semantics aside, you do have a story where a lighter-skinned person saves a darker-skinned person. Utena saves Anthy! This is unbeknownst to Utena; in her eyes, she completely failed herself and is severely injured and devastated. The series ends with Anthy (darker-skinned) starting on her journey to find and save Utena (lighter-skinned). You could take this as a white savior story or even its deconstruction, but the exclusion of any mention or implication of racial relations during the entire series makes it really hard for me to see a coherent case for either side. The series has a lot of interesting things to say and leaves a lot open to interpretation on a variety of issues. I just don’t think race is one of them.