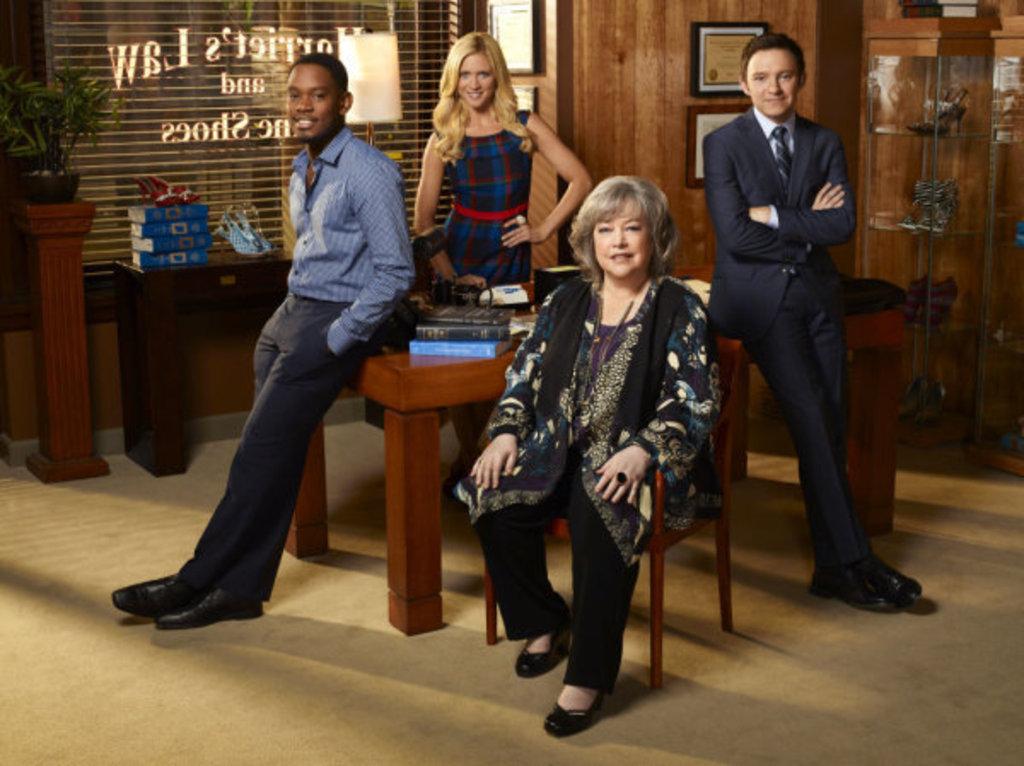 David E. Kelley’s new legal dramedy, Harry’s Law, premiered tonight on NBC. The main character is Harriet Korn, who after years of being a patent attorney,  decides it’s boring. She gets fired from her job and then is promptly aerially assaulted by a suicidal man and then hit by a car. After a trip or two to the hospital she decides to open her own law firm in an abandoned shoe store.

It’s hard to judge the show on only the first episode. I liked most of what I saw. Keep in mind that most of Kelley’s series take at least a few episodes to really get going. He’s big on character, which isn’t something you can establish in one episode. I know a lot of people get sick of the “crazy law firm” formula, but the fact of the matter is: it works. Each of his legal shows have their own separate identity and tone. I dare anyone to watch all of Kelley’s television work then tell me he’s not the best thing to happen to television in the last two decades (some series excluded).

All of the characters seem interesting and I found myself laughing out loud several times. There was also some good commentary on the drug war and our current obsession with locking away addicts when treatment makes more sense, practically and financially. The only negative thing I can say is that there was a time or two when I thought the show got overly sentimental.

Overall, the show has great potential. Give it a few episodes to define itself and establish the characters and we should have a winner. I welcome David E. Kelley back to television with open arms.