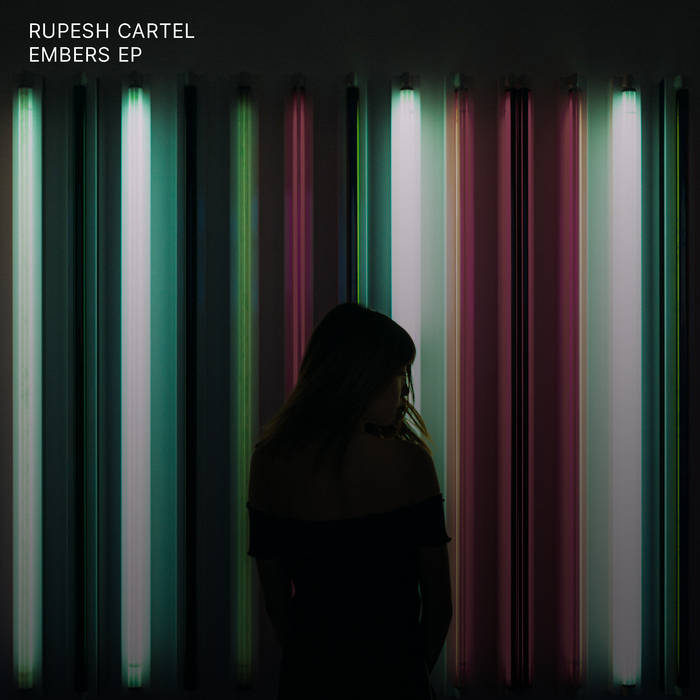 Rupesh Cartel has been a sleeper synthpop powerhouse since 2005. They released three spectacular albums up through 2009 before promptly falling off the face of the Earth. Their blend of (really) catchy, (and also really) depressive dance music have kept them on my shortlist of criminally underrated neo-synthpop bands for years. Seriously, it’s weird they’re not mentioned in the same breath as Iris or Mesh.

Last year, they released the digital-only Lodestar EP, which proved they hadn’t fallen off the face of the Earth. Not only that, they hadn’t lost any of the magic that made their first three albums constantly worth coming back to over a decade later. Last week, they released the Embers EP, which features five new tracks. Can the latest release from this stunning synthpop duo possibly meet my impossible expectations?

Embers opens with its title track, which is undoubtedly the best of this new batch of songs. On par for Rupesh Cartel, the melodic bleeps and bloops got my toe tapping while the lyrics hit like a ton of bricks:

No replacement for everything you lost.
So much for patience and for keeping fingers crossed.
And you’re the embers, dying in the night.
The trace of wonders, many miles behind.

Next, come “Lighthouse” and “Apex.” Though not quite as immediately catchy as “Embers” both tracks are strong and highlight the band’s signature sound and lyrics. Things slow down a bit for “Faux Pas” which even after repeated listens hasn’t done much to capture my interest. However, the EP ends on a high note with a noisier remix of “Embers” by fellow Swedish synthpop duo, Unify Separate.

Rupesh Cartel didn’t break any new ground with this EP, but they didn’t need to. If you’ve liked what you’ve heard from them before, Embers EP does nothing to disappoint. And if you’ve never checked them out, this EP is as good a place as any to start. Between this and Lodestar, it’s sounding like the next studio album will shape up to be another classic.

Fair and quiet elegant writing-my compliments! Where may I read more of your reviews at? Cody?