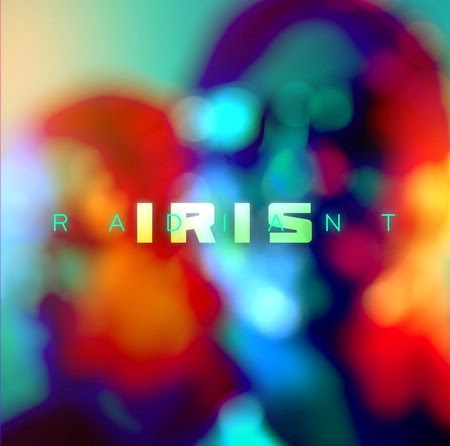 Blacklight was a complicated album. The music was darker and subtler than the three Iris studio albums before it. It was slower, more ambient and not as immediately accessible. That fact, combined with the overt religious references in the lyrics seemed to create a kind of divide among fans. I wasn’t initially impressed with Blacklight myself, but after repeated listens the genius of the album eventually shined through. It’s an amazing album, albeit a grower.

Sega and Jones had a falling out during the Legends of Synthpop tour and Iris seemed to be no more. The two reconciled, at least enough to work together on a new album. It was released in October.

Musically, Radiant is Blacklight on caffeine. Sega’s sounds are less murky and ominous. While nowhere as poppy as Awakening or Wrath, Radiant manages to turn the vague atmospheric sound of Blacklight into something more immediately grabbing. There’s more of an energy to the songs. The music is catchy, but it still possesses a subtlety that requires a few listens to fully appreciate.

Jones’ lyrics are as strong as ever. Thematically, the album speaks to the idea of there being a bright future at the end of the tunnel if you choose to see it. Sega says that Radiant is “the story of a man who all of a sudden sees his world within a new environment and realises how bright and radiant it can truly be, if one looks upon it with different eyes.” Accordingly, the lyrics deal with embracing optimism despite having faced crippling adversity. This doesn’t mean the lyrics are filled with cliched positivity; they accurately depict the struggle.
wake up it’s the weekend
there is a blue sky over you
life is like a secret you never knew
and I’m alive and so are you
it’s a beautiful life…

Vocals here are top notch. Jones has a great voice and the expertly added reverb and layering used throughout create a nice effect without taking anything away from the emotional impact. The vocal style is interesting on a lot of the songs, especially on In The Clear and Infinite Yonder.

All of these elements come together to create a really special album. There’s not a bad track on here. My only real complaint is that Life In A Forest is probably the weakest of the Iris album-ending ballads. This is my favorite album of 2014 and Phenom is probably my song of the year. Radiant is definitely worth the listen, even if Blacklight wasn’t your cup of tea.

My Top Five Albums of 2019 - First Choice For Last Place

[…] amazing. They have put out one fantastic album after another. How could they possibly follow-up Radiant? Spoiler: They put out an album that’s just as […]