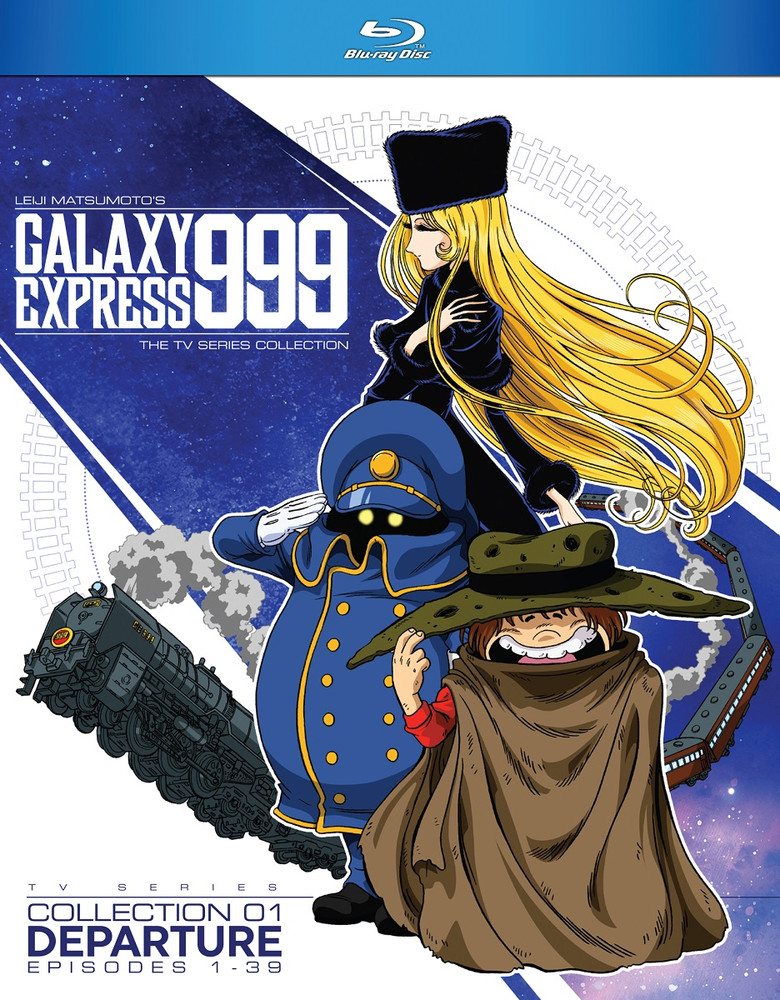 The Galaxy Express 999 TV series has already had a full digital release in the US, as well as a partial DVD release in 2012 when S’more Entertainment released the first 38 episodes in a single set. Unfortunately, reviews of the first set said the video quality was awful and they never put out the rest of the series.

It took another seven years, but Discotek Media just released the Galaxy Express 999 TV Series Collection 1 on December 24, 2019. It contains episodes 1-39 and is the first time an English version of the series has been released on Blu-ray. Was this set worth the wait?

Come On, Ride The Train

Galaxy Express 999 was originally a manga series by Leiji Matsumoto. The TV series aired from 1978 to 1981, totaling 113 episodes. From the back cover:

After witnessing the death of his mother and being left for dead at the hands of Count Mecha, ten-year-old Tetsuro Hoshino is awakened by a mysterious woman, Maetel. In exchange for only his company, Maetel offers him the ride of his life on the Galaxy Express 999. It is said that those who travel aboard the legendary train to the end of the line can receive a free mechanical body and with it, immortality. Impoverished and alone, Tetsuro leaps at the opportunity and joins Maetel on a quest that will span the cosmos.

The series follows Tetsuro and Maetel as they travel to different planets aboard the 999, inching their way closer to the end of the line, and Tetsuro’s goal of immortality. Each episode generally follows the duo exploring a new planet, encountering danger, and narrowly escaping said danger to make it back to the train in the nick of time before the departure.

The structure of the series is very episodic. Aside from a bunch of two-parters early in the series, most of the episode stories are self-contained. The Conductor appears in every episode and sometimes joins Maetel and Tetsuro on their adventures, but otherwise, characters we meet aren’t ever seen again, at least in this first batch of episodes. Previous characters and experiences are sometimes referenced again and larger plotlines are being developed, but they are very slowly and subtly hinted at: Maetel is more than she seems. The Conductor has a secret. Getting a mechanical body may not be all it’s cracked up to be.

While what I’ve described may sound repetitive and slow-moving, the series succeeds because the individual episodes are just that good. Each stop takes the viewer to an exciting new world with fascinating characters and situations.

Despite the main character being a child, the show isn’t afraid to explore loss or death. In fact, besides the art style, the most striking thing about the show is its somber worldview. Both the planets and characters they come to know are often melancholy or harbor a dark secret. Mechanical bodies and passes for the 999 are so expensive they are a pipe dream for many people and the show often focuses on stories involving class struggle. While the commentary on the class divide is overt and a central theme of the show, more explorations of different kinds of otherness are there as well. This show has a soft spot for the brokenhearted and the disenfranchised.

That’s not to say it is needlessly depressing. There’s a sense of humor and hope that resonates throughout. But this is anchored with the weight of deeper and darker truths. Galaxy Express 999 has something to say about society and the human condition. This isn’t another sci-fi fluff show, there’s a deeper meaning to be found on this train. It’s a TV show directly exploring what it means to be human.

With these kinds of episodic sci-fi shows, it’s often the case that episode quality varies greatly. While a very small handful of episodes in this collection were lackluster, the large majority were solid. It wasn’t hard to stay motivated to finish these 39 episodes and I completely understand why this show is considered a classic.

A Sea of Stars on Blu-ray

Enough about the series. Let’s talk about the set itself. The video here looks good. Discotek did its own upscale intending to preserve detail and grain. As long as you aren’t expecting flawless video from a series produced in the 1970s, you should be happy with the picture quality. My only complaint with the video is that there are sometimes these weird vertical jumps in between cuts, and while they don’t ruin the viewing experience, they can be quite distracting. The audio is presented in dual mono and sounds fine.

The extras on this set are pretty bare bones. They include a series trailer and creditless OP and ED. With such an iconic series, I just wish more supplemental material or extras were included. It’s the only negative here.

Overall, I’m happy with the Galaxy Express 999 TV Series Collection 1 Blu-ray. Discotek put a lot of work into releasing the best possible version of the series that they could. I can’t wait to pick up parts 2 and 3. I just hope they don’t continue to skimp on the extras. This is one train that I want to ride to the final stop. 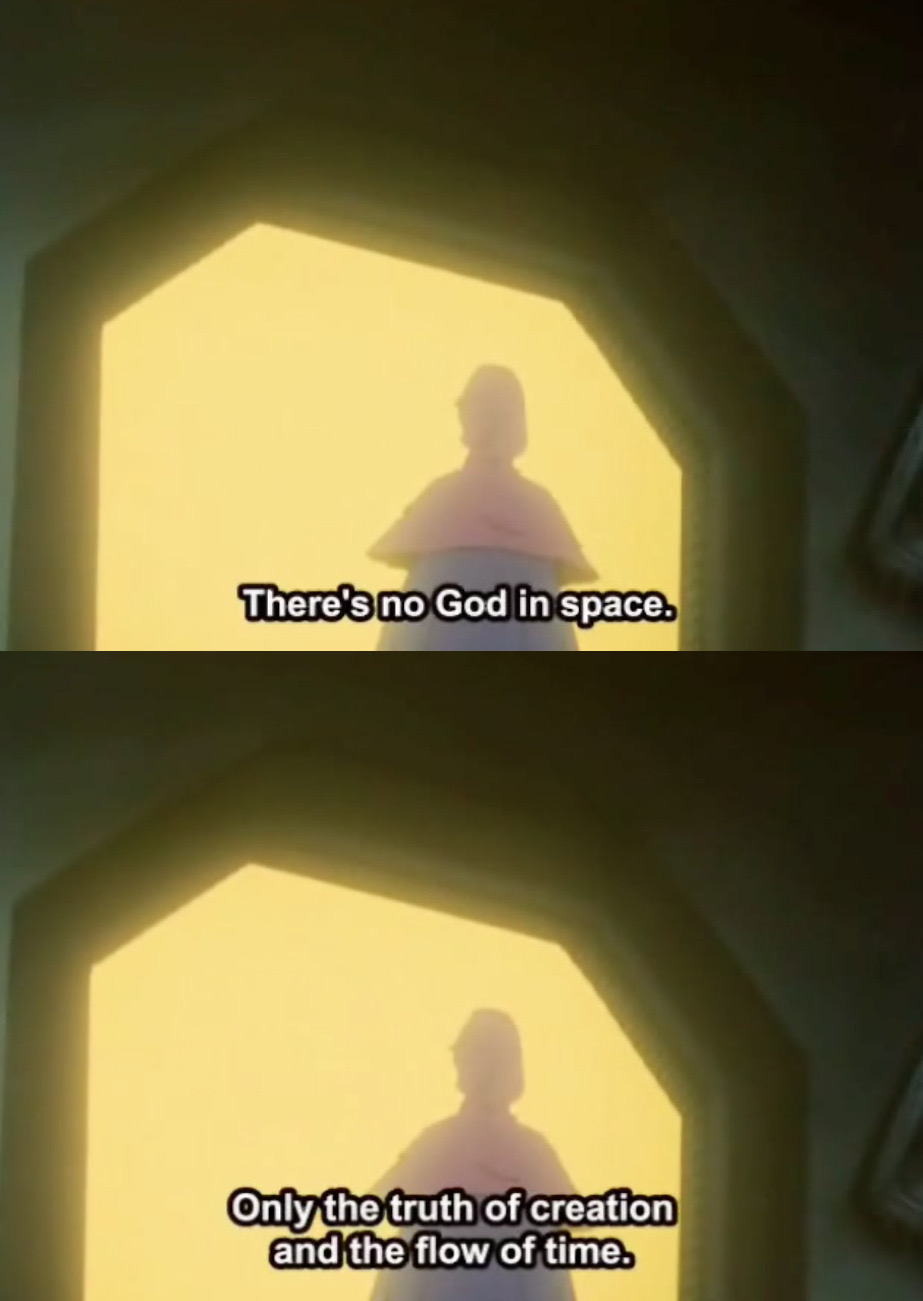