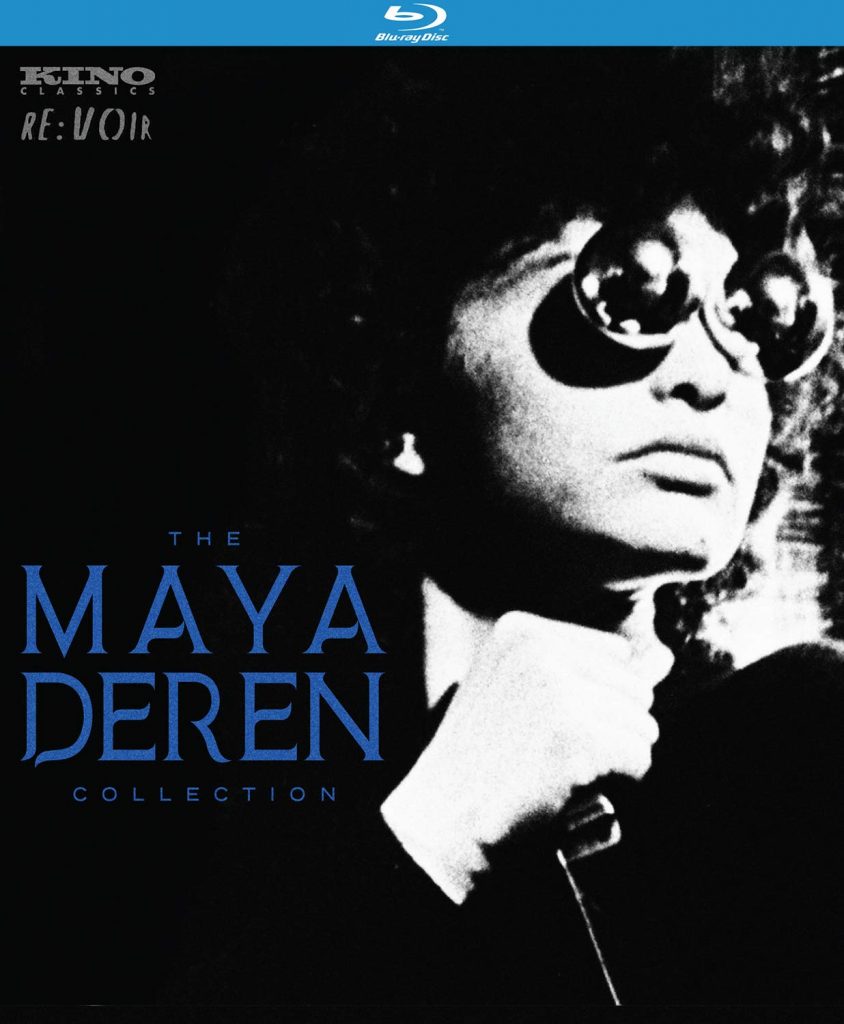 Kino Lorber and Re:Voir have partnered to release The Maya Deren Collection on DVD and Blu-ray. Maya (the mother of us all) Deren is one of the most prominent figures in American avant-garde cinema. Does this collection do her career justice? How’s the 2K restoration? Can we finally toss those Mystic Fire Video DVDs in the trash?

All of Deren’s completed films are included in this collection:

I wrote a pretty deep dive into Maya Deren’s work a few years back, so I won’t go too analytical in this review. Meshes is her most well-known film and for good reason, it’s her best. Ritual in Transfigured Time is a very close second for me. Her entire filmography is important and worth watching, though many feel her earlier work is much more watchable and relatable. Her later films tend to be more academic and have very specific meanings impenetrable to those outside her inner circle.

It’s impressive that Divine Horsemen is included. The footage was shot while Maya was in Haiti between 1947 and 1951, but she was never able to finish the film. This version was completed by Teiji ito and his wife, Cherel, in 1977. While excerpts were included in previous Deren collections, this is the first time it’s been included in its entirety with her other films.

This collection’s presentation is spectacular. To start, the Blu-ray disc comes with fully reversible cover art. It also includes a booklet with essays by Moira Jean Sullivan and an introduction to The Private Life of a Cat by Pola Chapelle.

As far as video extras, the set includes:

Enjoyment of the audio commentaries will vary by person, but they do a good job of providing some additional context for the individual films and Deren’s work as a whole. I’m happy that the soundtrack outtakes were included, though few will find much of a reason to listen to them more than once.

Invocation: Maya Deren is a 1987 documentary directed by Jo Ann Kaplan and narrated by Helen Mirren. It features interviews with several prominent figures in Maya’s life, as well as the avant-garde film scene, including Hella and Alexander Hammid, Amos and Marica Vogel, Stan Brakhage, Jonas Mekas, and Joseph Campbell. This documentary is excellent and provides some interesting perspectives and background on her life and work. I believe this has been out of print for many years. While not included in this collection, I also highly recommend the 2001 documentary In The Mirror of Maya Deren. It’s currently streaming for free on Amazon Prime.

According to the included booklet, most of these films were sourced from the printing negatives that were created in the ‘80s and were provided by Tavia Ito. The exceptions to this are The Private Life of a Cat, which came from a 16mm print provided by Pola Chapelle. And Divine Horsemen, which came from the 1977 negative. It also says that frame-by-frame clean-up was done by Kino Lober.

I bought the Blu-ray version and I can say that this is the best Deren’s films have looked on home video and it’s certainly a step up from the Mystic Fire Video versions. That being said, if you’re expecting a flawless Criterion-grade restoration, you will be disappointed. There are still a ton of defects, scratches, and dust. It’s the best these films have looked on video, but they still don’t look great.

This is a stunning release and should be a no-brainer for any Deren fan. It’s the most complete collection of her work by far. You can tell a lot of time and care went into it. While I do wish more was done with the clean-up of the restorations themselves, her entire filmography plus the included extras more than make The Maya Deren Collection worth the price of admission. 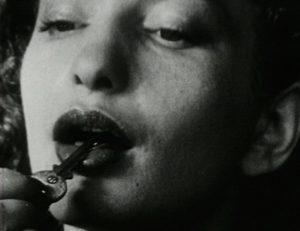