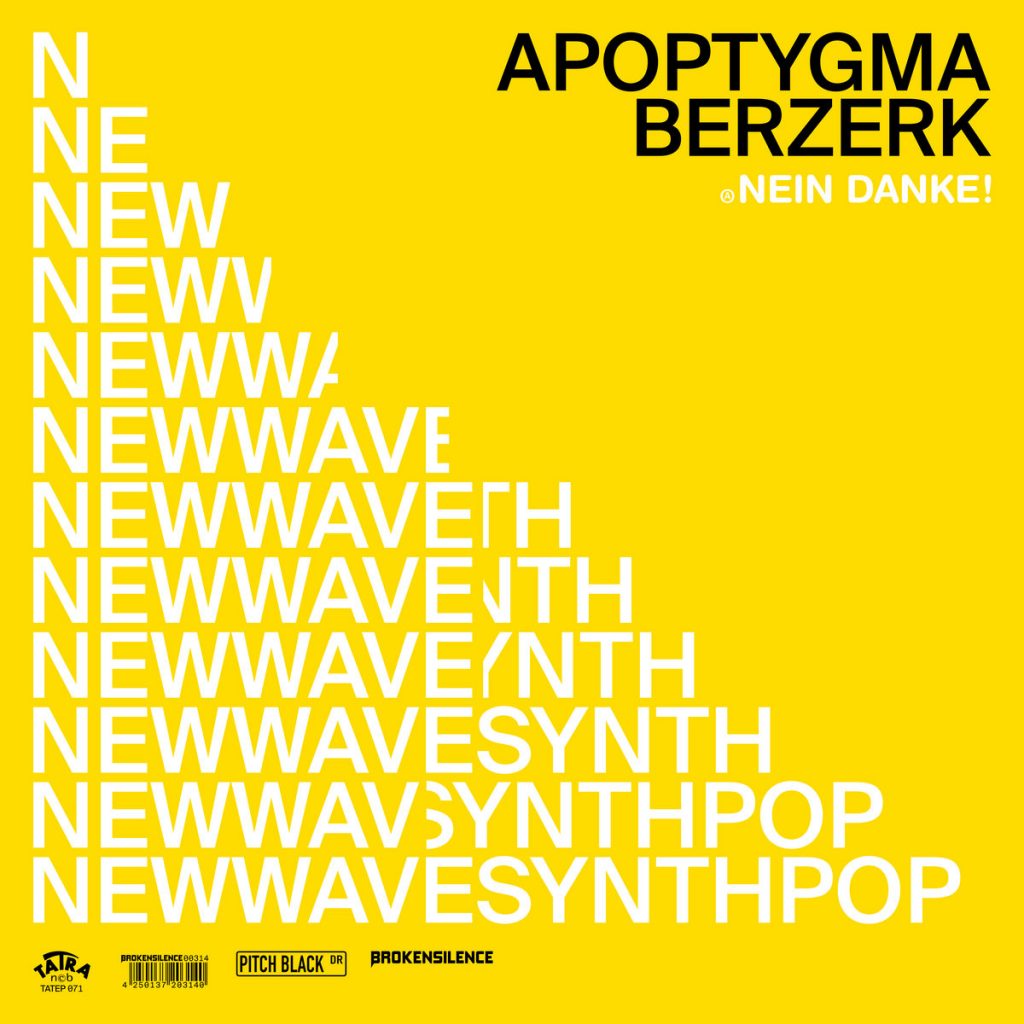 You never quite know what to expect with Apoptygma Berzerk. Starting in the industrial/EBM-ish genres in the early ‘90s, they went on to help create the futurepop sound in the early aughts, before heading in a synth-rock direction. Their latest output has focused on more ambient and experimental instrumental electronica. So what’s the new EP like from the genre’s foremost electro-chameleon?

Nein Danke! opens with its best song “Soma Coma.” Soma is the name of the drug from the dystopian novel Brave New World. In the novel, Soma is a cure-all drug for depression. This is Apop exploring the personal cost of a life made happier by antidepressants. Sonically, it’s like something right out of the ‘80s, made with the help of today’s slicker production tools, of course. It’s electroclash without the ironic wink.

“Atom & Eve” and “A Battle For The Crown” make it clear that Groth’s new palette is retro-electro. Both of these tracks are quite catchy and highlight Apop’s ability to blend old and new into something immediately unique and grabbing.

The next two tracks are new versions of songs from the 7 album. First up is “Nearest” an interpretation of “Nearer” with Stephan’s brother, Jonas, lending his pipes for a more stripped down and lighter version of the classic Apop ballad. Up next is the Vile Electrodes “Long Cut” remix of “Deep Red.” The remix is slower, creepier, and, well, indeed longer than the original.

“A Battle For The Crown” and “Atom & Eve” see remixes by Drugwar and Zone Tripper, respectively. Both of these are largely instrumental, and while fun to listen to, I would have preferred to have heard these mixes as fully fleshed-out with vocals. The EP ends with “Jennifer Corvino,” a menacing instrumental named after the main character from the 1985 film Phenomena.

There’s a lot on Nein Danke! to love. If the first three tracks are any indication of what we can expect on the new album, it’s going to be a real treat for old-school electroheads. Even (especially?) if you haven’t been too keen on Apoptygma Berzerk’s more indie-rock flavored synthpop of late, this EP is definitely worth checking out. Long live the new flesh!